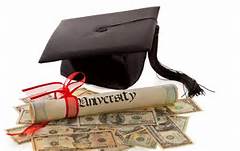 During the Phanerozoic, life on Earth underwent several biotic crises including five major mass-extinctions and several tens of relatively minor extinctions. In the marine environment some of these biological turnovers are related to substantial changes in carbonate production and unusual carbonates (oolites) formed in their early aftermath. The sedimentology and geochemistry of these unconventional carbonates will be studied in the field and laboratory in order to better understand changes in seawater chemistry in the aftermath of extinctions. Applications are invited for a four-year PhD-studentship at the Department of Geology, Lund University, to investigate post-extinction oolites from different time intervals in Earth history and from different locations, but with a main focus on those related to the end-Permian mass extinction.

The successful candidate will undertake a study of post-end-Permian extinction oolites from different paleogeographic and paleoenvironmental settings and of post-extinction oolites from the end-Silurian and end-Triassic periods as well as normal oolite deposits from time-periods without known extinctions as a background comparison. After sampling in the field (Austria, Turkey) and in collections, oolites will be carefully described using FE-SEM-EDX; stable isotope ratios; trace element analyses through LA-ICP-MS. The goal is to improve our understanding of the reason(s) for the unusual and widespread deposition of oolites after several extinction events. The outcome of this research could potentially help us to better define the most important threat for the marine life during major extinctions and better explain linkage to the associated perturbations of the carbon cycle through climate change.

The four-year studentship is sub-divided into three years of research and one year of PhD courses.

The PhD student is expected to take an active part in the institution’s teaching program and will be involved in basic educational tasks. Departmental duties such as assistant teaching up to 20% of full time are allowed, and are compensated through extension of the position.

The successful candidate is a highly skilled and dedicated earth-science student who is committed to state-of-the art research. He or she is expected to hold a university degree (MSc or equivalent) in sedimentology, geochemistry or equivalent. Documented experience in fieldwork and in laboratory activities with focus on mass spectrometry/ICP-MS is desirable. Documented experience in scientific writing, such as publications, essays or equivalent, in English is essential. We are looking for an independent, creative and curious person who thrives and interact in a dynamic research environment. The project requires close collaboration with international scientists, and accordingly the applicant should be able to work both independently and collaboratively. Moreover, the applicant should be able to take responsibility for parts of the research project.

The candidate will be called for an interview before appointment.

Eligibility
Students with basic eligibility for third-cycle studies are those who- have completed a second-cycle degree- have completed courses of at least 240 credits, of which at least 60 credits are from second-cycle courses, or- have acquired largely equivalent knowledge in some other way, in Sweden or abroad.

Type of employment
Limit of tenure, four years according to HF 5 kap 7§. 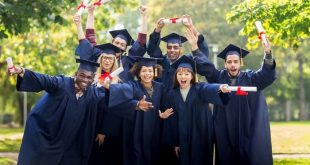